It’s no lie that Africa holds some pretty interesting myths for those that haven’t travelled to its marvellous continent. In this blog, we’re here to help breakdown those misconceptions of thinking that “deep-dark Africa is dangerous”, “you can’t travel alone” and “there is only one perfect time to go on safari” so you, as a traveller can make the most out of your experience and prepare your dream African safari holiday, from a more informed perspective.

It’s time to set the record straight with these 9 myths about South African Safaris:

Myth 1: There is a ‘best’ season to book your safari

South African seasons are not exactly what we would call ‘rigid’, and neither is the bush. But we do get the normal summer rains, chilly winters and a lot, A LOT of sunshine. Just like we expect mother nature to play by her own rules, so does the element of beauty that we see in each season.

No two days are the same, and that goes for our wildlife sightings and game drives too. As the sights, the smells and wildlife interactions differ from day to day, it all adds to the mysterious beauty of a South African safari. But of course, there are pros and cons to every season. From the weather; depending on your wardrobe favourites, there is a season for shorts and t-shirts or jackets and beanies to the vegetation; we love the winter months as the bush is filled with hues of gold and sightings are more easily spotted. On safari, there is a season for every traveller and a unique safari experience waiting just for you.

Myth 2: South Africa is a continent 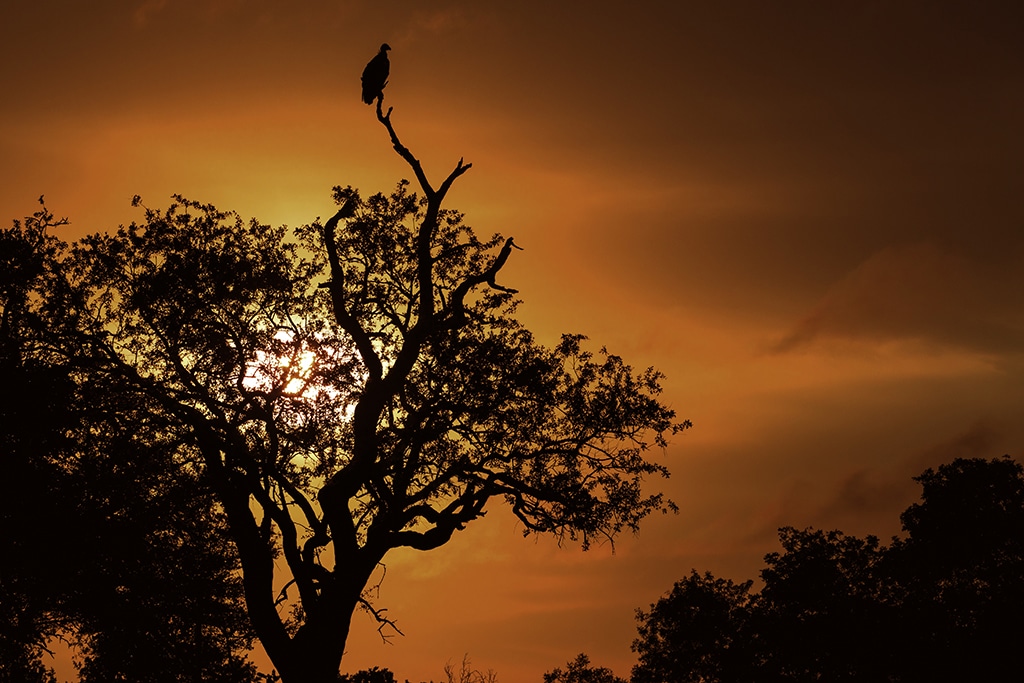 The number of times we’ve heard, “Oh, I know someone in South Africa, they live in Kenya.” (Facepalm). South Africa is the southernmost country on the African continent. The vast African continent is home to 54 countries, 9 of which are renowned for their world-class safaris. However, because we are biased, South Africa hosts some of the best game-viewing and is home to the world-renowned Kruger National Park. The Kruger National Park is one of the largest game reserves in Africa, covering 20 000 square kilometres (7500 sq/miles). It’s roughly the size of Israel! The Thornybush Nature Reserve can be found to the northwest of the KNP and is an unfenced concession that adds to the greater Kruger Park footprint. So the next time someone starts to tell you that they‘re going on a safari to South Africa, feel free to test their geographical knowledge of our wild and wonderful continent.

For avid Safari-travelers, this may seem like a silly myth to bust. However, it’s still an important expectation to set straight. The great migration is an incredible phenomenon and is listed as one of the Seven Wonders of the World. Unfortunately for our South African safari-goers, it is an occurrence found in Tanzania’s Serengeti plains and the Maasi Mara of Kenya, countries north of South Africa. Although migration patterns happen naturally in the wild, due to change to seasons and loss of habitat, what we see in South Africa is only a minute version of the scale in which the great migration occurs in Kenya and Tanzania. 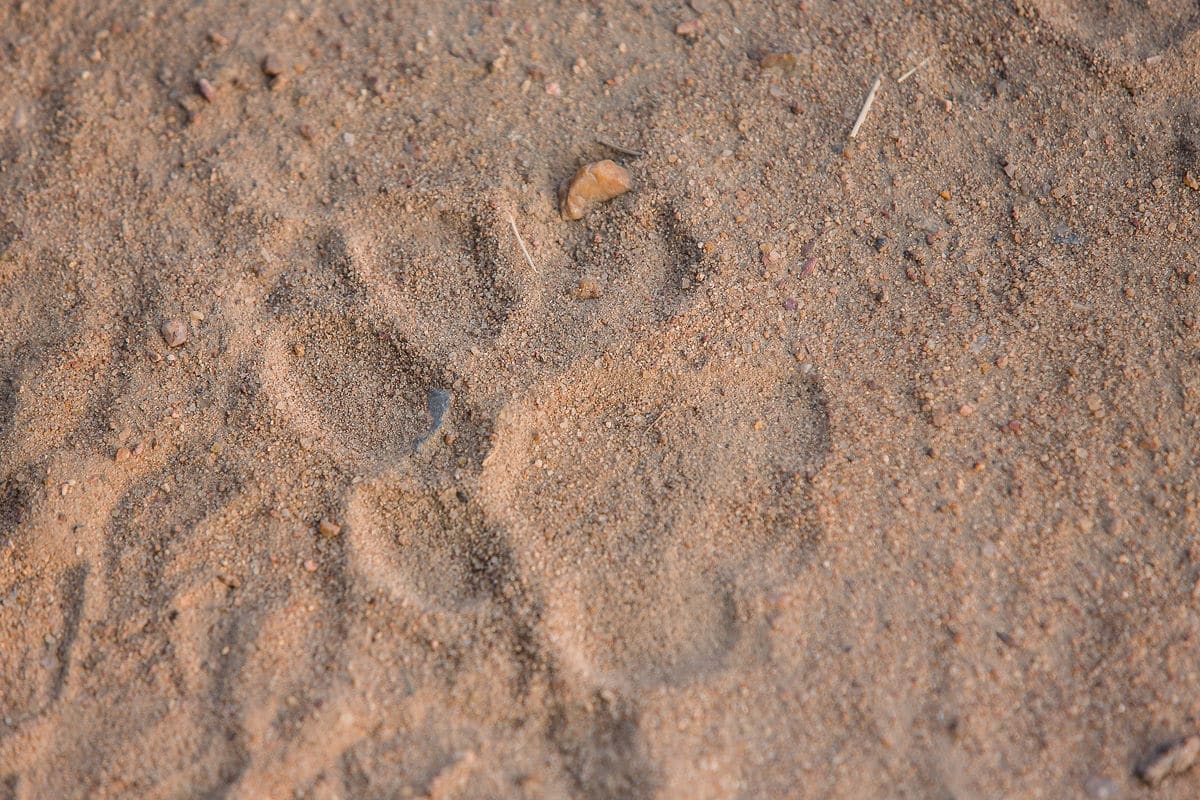 If this myth is referring to lions, elephants, rhino, leopards, and buffalo, then the answer is, not likely. Wild animals prefer their natural habitat, not congested urban areas that make up a lot of South Africa. However, in outer suburbs and smallholdings, there have been stories of wildlife breaking out from their natural habitats and have been seen roaming down a street or two. These are few and far between, and like most habitants of outer lying suburbs, we prefer if our wildlife is kept safely in their environment – which will often be the case as we return the escape artist into their nearest reserve.

Wildlife you’re likely to see in populated areas? These would be monkeys, baboons, and other opportunistic creatures who have made their home in most suburbs of South Africa.

*Please remember to never feed wild animals, no matter how tame they may seem.

Myth 5: Our animals want to eat you 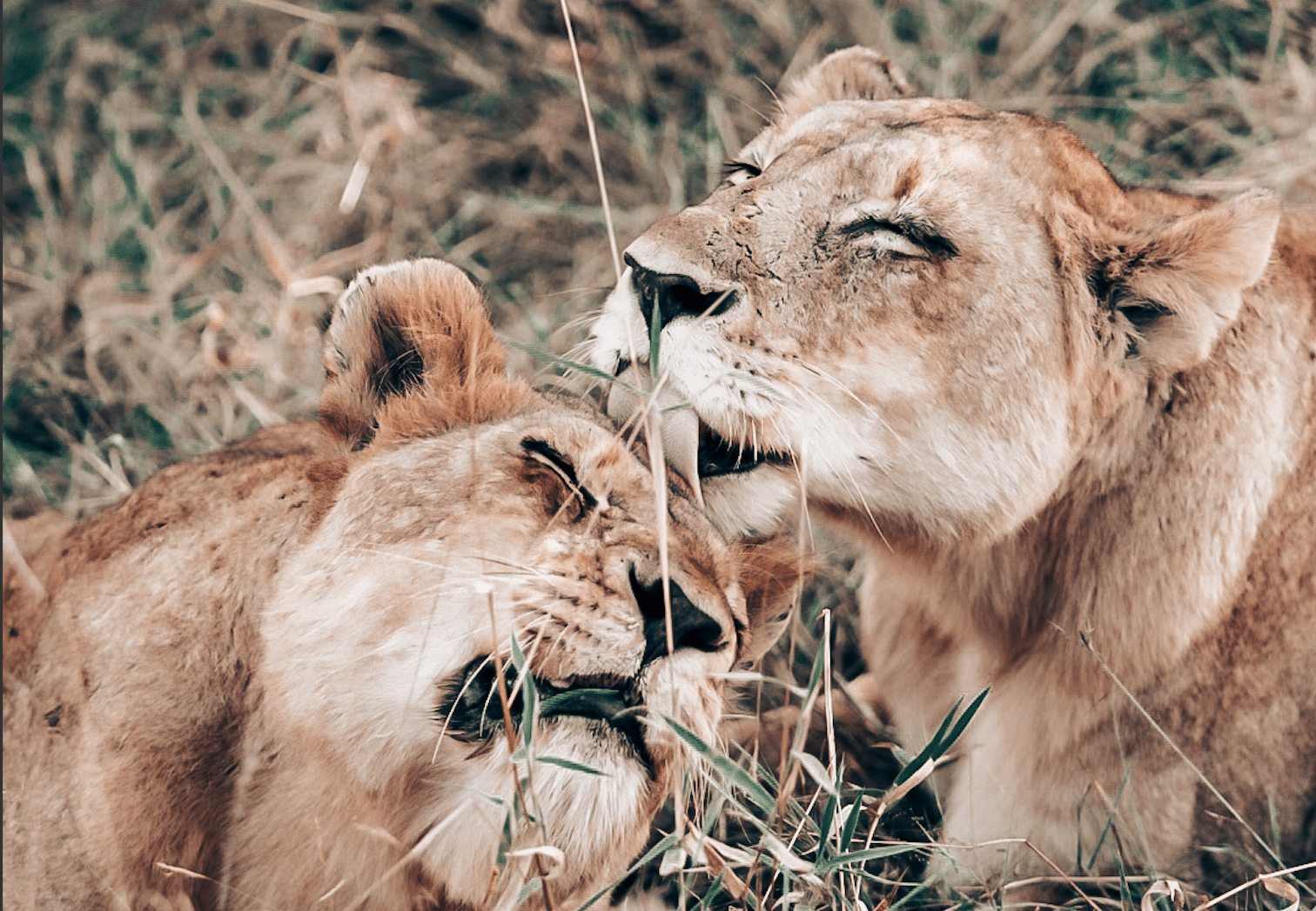 This is one of the most common questions we hear on our game drives as we enter into big five sightings. And the short answer being, no. Most of our wildlife is completely unperturbed by game vehicles and the safari-goers that occupy it. But if we were going to warn you about the part of Africa that bites, it would be the most commonly, snakes and mosquitoes. Fear not, most snakes in the bush are either in hibernation during the winter months or have already heard you and slithered off to safety. Like most animals in the wild, they are more scared of you than you are of them, so as long as you keep your distance, they’ll keep theirs.

During game drive sightings or on walking safaris, it’s always best to listen to your guide. They are expert rangers who are extensively trained in animal behaviour, allowing you to get the best experience of your sighting, safety. 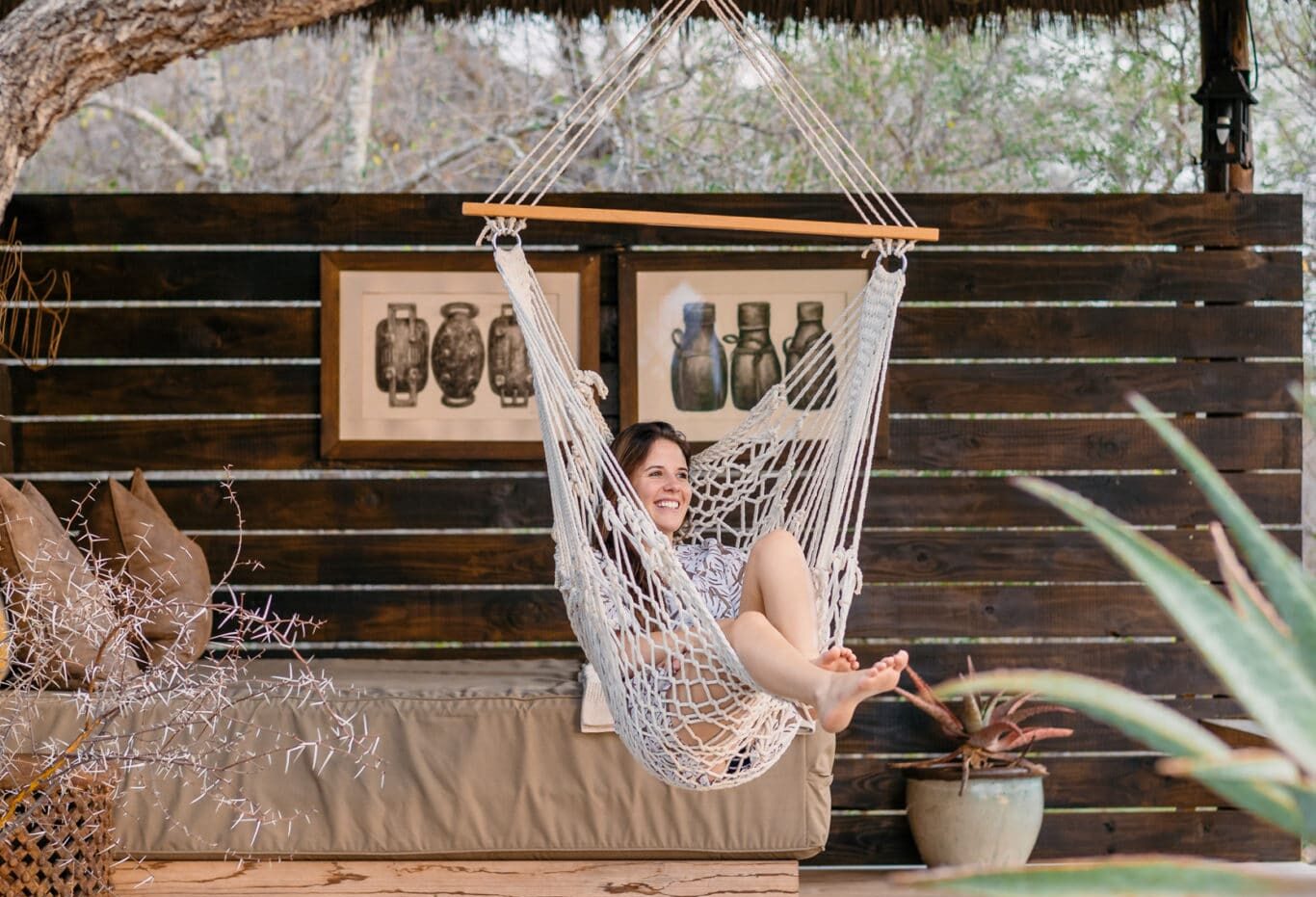 Solo female travelling is widely accepted, and even more, encouraged. South Africa, even with its bad rep on most international news stations, is a safe place to travel. The key to comfort, peace of mind and getting to your next destination un-flustered is to ensure you book with a trusted local operator who will guide you through the process. There are so many options to choose from when you’re travelling to one of our lodges, such as private transfers, personal guides and even booking directly with one of our sales team. We will always make sure your trip is a smooth one, so you can focus on making those life-long memories on your dream safari escape.

You’ll soon discover that safaris, by nature, are quite social. With up to eight hours a day spent on games drives with other guests, plenty of downtime and meal interactions, we guarantee you’ll soon make lifelong friends.

Myth 7: you can’t drink the water 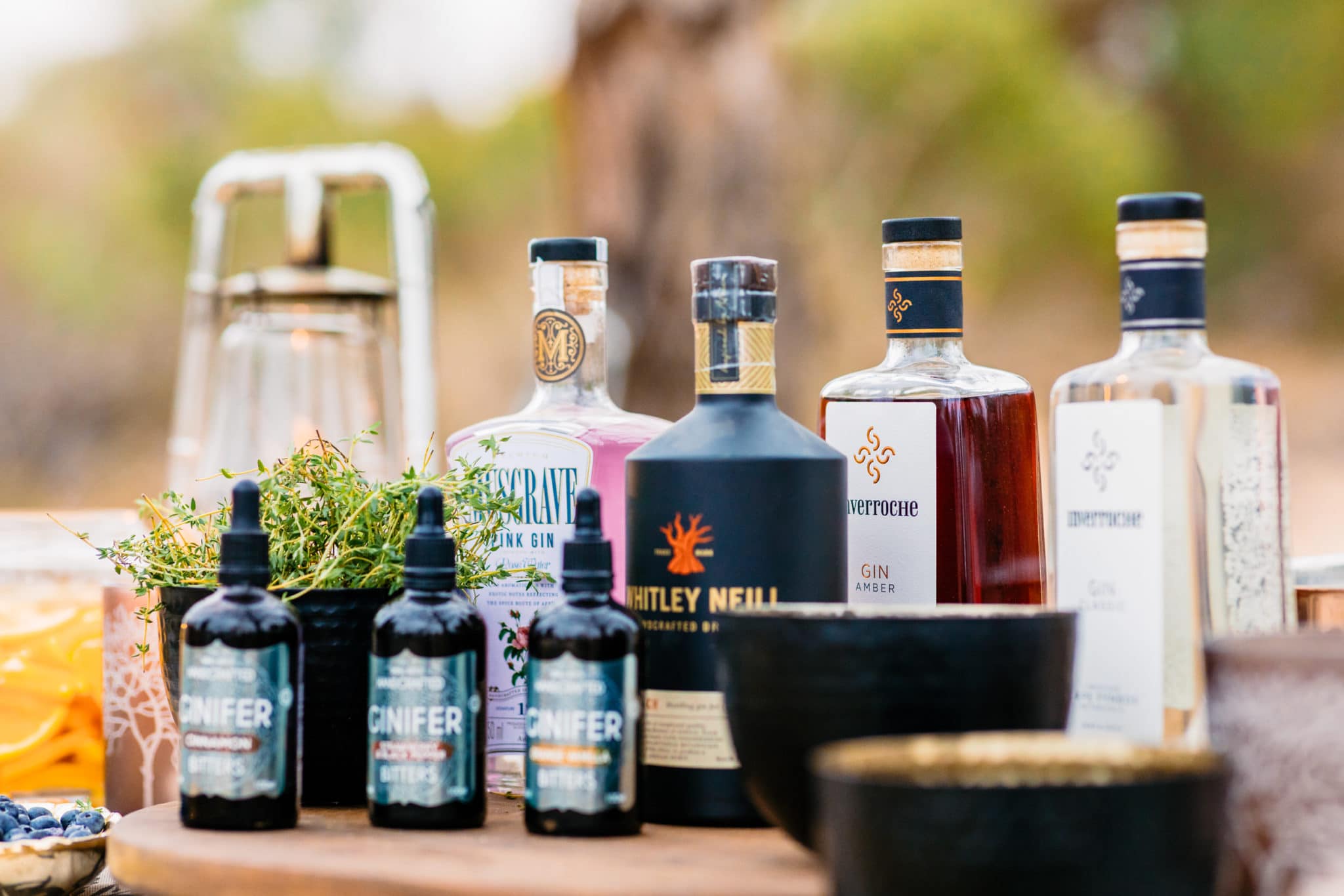 It’s a common question which we also know to be a strict rule when travelling to foreign countries, but the water in South Africa’s urban areas is safe, (it sometimes tastes even better than bottled water). However, in the more rural areas, we would avoid drinking the water unless stated that it’s safe to do so. At Thornybush we provide bottled water to all our guests. Our water has been through a filtration process and is safe to consume. If there is one thing that you’ll want to keep up on safari, hydration is one of them. With the hot summers and no doubt the consumption of our classic cocktails, keeping hydrated is always a great idea.

Myth 8: there is no wifi on Safari

Pre-pandemic we would have told you, “travel where the wifi is weak” and that the key to relaxation is to disconnect and enjoy the relaxation of the African bush. But as the new normal of remote working has allowed travellers to find their office anywhere, we understand that our guests need to stay connected and make the most of a balanced safari experience.

Due to the remoteness of our lodges, there are times when the wifi signal is a bit intermittent, however, you will always be able to connect in our main areas and keep your business going as usual. Once you leave the lodge, especially on your daily game drives, you will also leave the wifi areas. Even though there is sporadic cell phone reception, expect to experience the beauty of being disconnected.

For the most part. In South Africa and specifically around the Thornybush Nature Reserve there is a lot of sunshine and it’s pleasantly warm a lot of the year. It’s only during the beginning of the summer months (November to January) that we tend to get days where it feels like the summer rains won’t end; however, you will still feel the heat of the humidity and enjoy the break of a scorching summer day. From January to April, expect hotter days with afternoon showers and then during the winter months;  May-August we get a lot of sunshine. Our winter temperatures are a lot cooler, but may still surprise you by being beautifully warm! Even though you may not expect to laze around the pool, we do advise our guests to pack for all seasons, because you never know when you’re going to need that swimsuit.

South Africa is an enchanting and unforgettable place. The sun may be intense, and the wildlife unpredictable but travelling on a safari escape is an adventure that will leave you wanting more. The real truth about Africa? When the Africa bug bites, the only cure is to return.