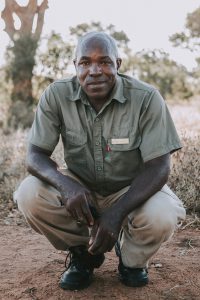 Elvis Ngomane is without a doubt a key member of the team at Saseka Tented Camp – he is in charge of maintenance which means that he is in high demand because he helps out in every single department, but he has to be multiskilled and be able to think on his feet.

Where it all began….

Having started his journey with Thornybush at Simbambili Game Lodge in the Sabi Sands Game Reserve he moved across to the Thornybush Nature Reserve to join the team at Saseka Tented Camp when it opened, just over two years ago.

Therein lies one of the reasons that Elvis loves working at Saseka, a new camp means not too many big maintenance issues. There are always things that need repairing or fixing, but the lack of large projects means he can dedicate his day to helping his colleagues with smaller maintenance matters while keeping the camp constantly in tip-top shape.

Elvis is not only steadfast in his work, but he is a man that can be relied on to foresee a problem and make sure he has a solution. The dedication he shows towards his work and his team mates is a true inspiration, he is always willing to help and lend a hand in anything that will mean the guests have the best experience they could want. 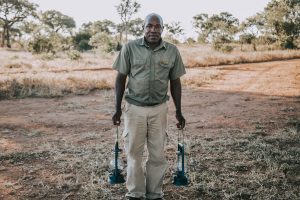 He is no push over though, like most true leaders he is a hard task master, but always empathetic and accommodating to the people he works alongside. Elvis does love a check-list and a schedule, which is always high up on the list of great qualities for any lodge manager!

Elvis’s day often kicks off with the staff transport between the various lodges. He loves this start to his morning because he gets to do a short game drive – He never knows what he will bump into – One morning it’s an elephant, but sometimes it’s a leopard casually walking down the road.

Although Elvis obtained a plumbing certificate after school and has since received one for Health & Safety through Thornybush, he wants to learn more and expand his knowledge. His next goal is to require some sort of electrical qualification and then to become Head of Maintenance for all the Thornybush lodges. 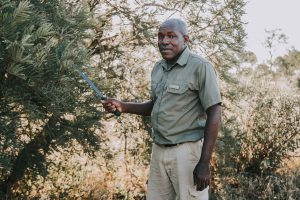 Then it is off to Durban, Elvis has never seen the sea and his lifelong dream is to go to the Natal coast and breath in the salty air while overlooking a never ending expanse of water. This man knows what he wants and we hope to be able to walk the journey alongside him, even if it is all the way to the ocean!