We’d like to introduce you to five famous leopards of Thornybush. Spotting (excuse the pun) any of the big five is a special occasion, and although it is never guaranteed, we put in our biggest effort to track and find these leopards, for all the guests at Thornybush.

Over the last 10 or so years, these five leopards have maintained territory in Thornybush Game Reserve. Each has their own “home” in different parts of the reserve, and the rangers at Thornybush who spend many of their days on game drives have come to know, understand and love how these magnificent big cats operate. The regularity of daily drives can increase the chances of knowing the leopards’ whereabouts and keeping track of their new relationships and new family members.

Although we refer to these leopards as “famous” (because they are to us) they are not the only leopards you’ll find on our reserve. A leopard’s territory can shift and change, and as Thornybush is a fenceless territory to neighbouring reserves which also border the Kruger National Park we often get new visitors challenging our famous five or even passing through.

Twin Spot was born in 2003 and died in 2018. This female leopard was one of the original females of the northern part of the reserve. She has had a lot of litters and is known amongst the Thornybush family as the original queen. She gave the staff a lot of grey hairs as she often made Nkelenga (a former Thornybush property) her nursery where she raised her cubs within the camp and often greeted a staff member going about their business. One of Twin Spot’s cubs, the beautiful Saseka, is another one of our famous five leopards – a dominant female of the north. 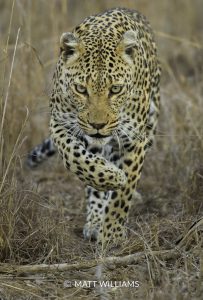 Saseka means beautiful, and where you might confuse it with the Thornybush tented camp, Saseka (which also, is very beautiful!) naming this northern female after her good looks just came naturally. Saseka was born in 2015 and has since produced one successful litter and from that, a son called Bizane. These cubs are the offspring of our giant king of the North, Malewane. 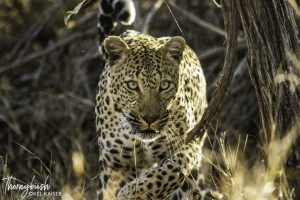 Also born in 2015, Malewane has grown into a very impressive leopard. If you ever get an opportunity to spot him, you’ll be able to understand what a “big” leopard looks like and feel the power of this dominant boy. Claiming over 8000 hectares of the Northern part of the reserve he has definitely flexed his kingdom to reign as king of the male leopards of Thornybush. 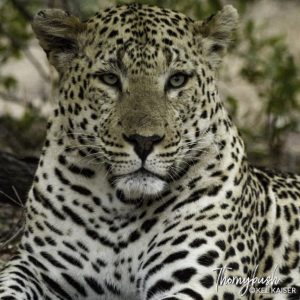 Sengula is the dominant female of the South areas of the Reserve. Also born around 2015 she forms part of the original five that dominate the Thornybush Reserve. We understand that she has had many litters, but have not been able to identify where they have moved off to. This lovely southern lady is often seen on game drives in the south, so keep your eyes peeled the next time you’re visiting our lodges! 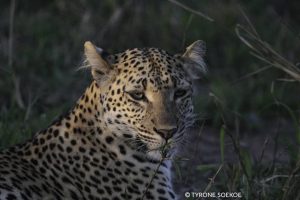 Born around 2016, this leopard resides in the northeastern part of the reserve. She’s just had her first litter and this cub is around 8 months old. We’re excited to see what will become of this cub and where it will choose to take up its territory in the future. 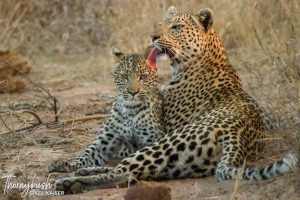 So the question: who is the most spotted on game drives? Malewane and Saseka are often seen in the north and Sengula in the south. But, true to nature it’s always by chance that we get to glimpse these beautiful cats in their natural territory, and there is never any guarantee of what we’ll find out there on game drives.

Have you spotted one of the famous five before? We would love to hear your stories!