Meet John Ndlovu, otherwise known as John-The-Best. When the many guests over the years decide to give you this title it really adds to the pressure of your daily performance! You have a lot to live up to out there on the tracker seat, making sure that you really do for fill the title bestowed upon you.

Luckily for John Ndlovu this is not too hard to accomplish, years of experience mean he has an intrinsic understanding of the bush, it’s creatures and their behaviour. He can read the signs in nature like most of us read street signs in the city. 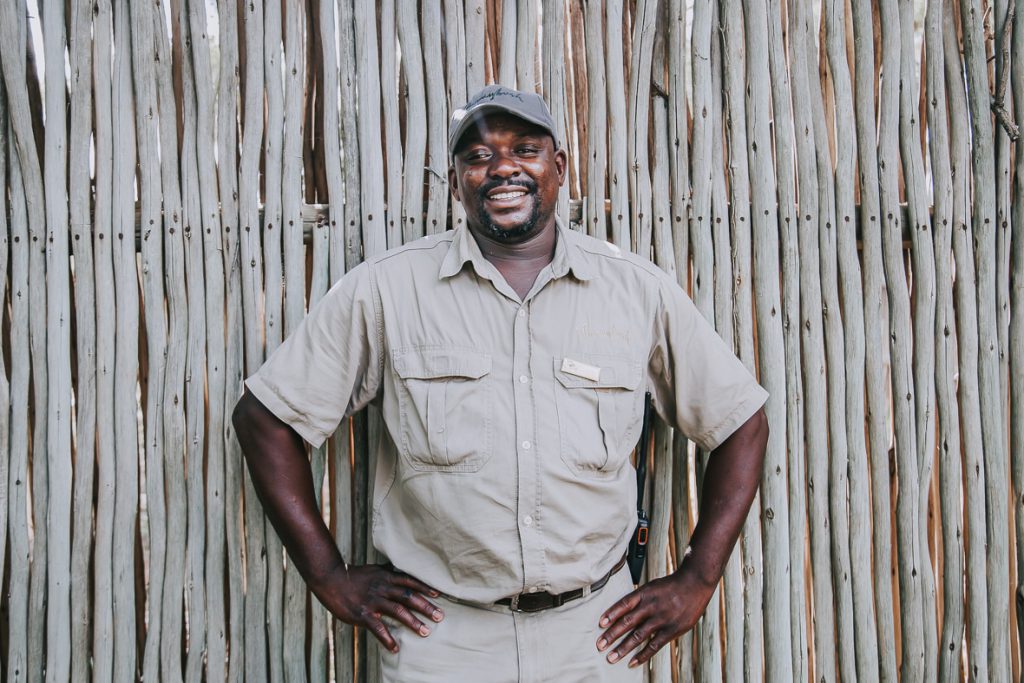 Where It All Began…

John was born in Mozambique, he grew up herding cows and following the domestic dogs around the wild landscape surrounding his village. He believes this is where his love and first understanding of tracking really began, keeping on the trails of these animals.

When the war broke out his family decided to move to South Africa where they could have a safer life. This also meant that as John grew up there would be more opportunities available to him, following an interest that had already been ignited.

A Seed Is Planted

John started working in the safari industry in 1996, so he has been around the block, as they say. Having started as a security guard, then a storeroom manager, he first joined the Thornybush team at Simbambili Game Lodge working in the maintenance department. However, he wanted to be out in the bush sharing in guest experiences and so was given the chance to start tracking. 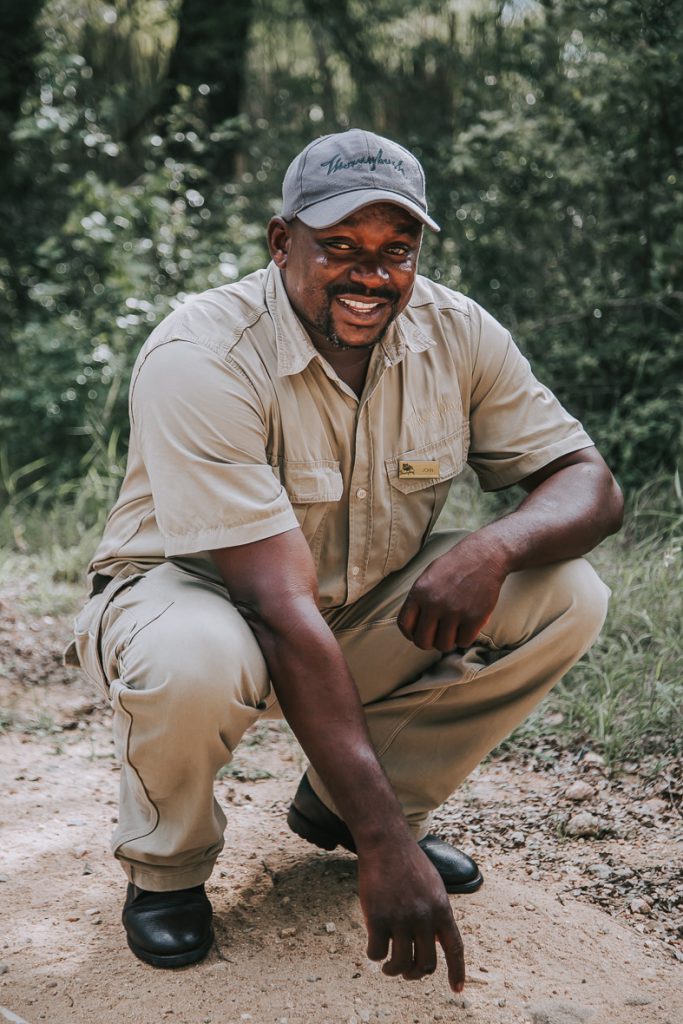 Today John is one of Thornybush Game Lodge’s best known and loved trackers, hence the name!

Working here over the past 10 years and teaming up with different guides has been the best work experience he could ever ask for. Different people have taught him different things and he feels this is key to his vast depths of knowledge.

A Lesson from Soccer

He creates his famous “John Magic” by using his years of experience to ensure his guests are happy, this for him means everything. 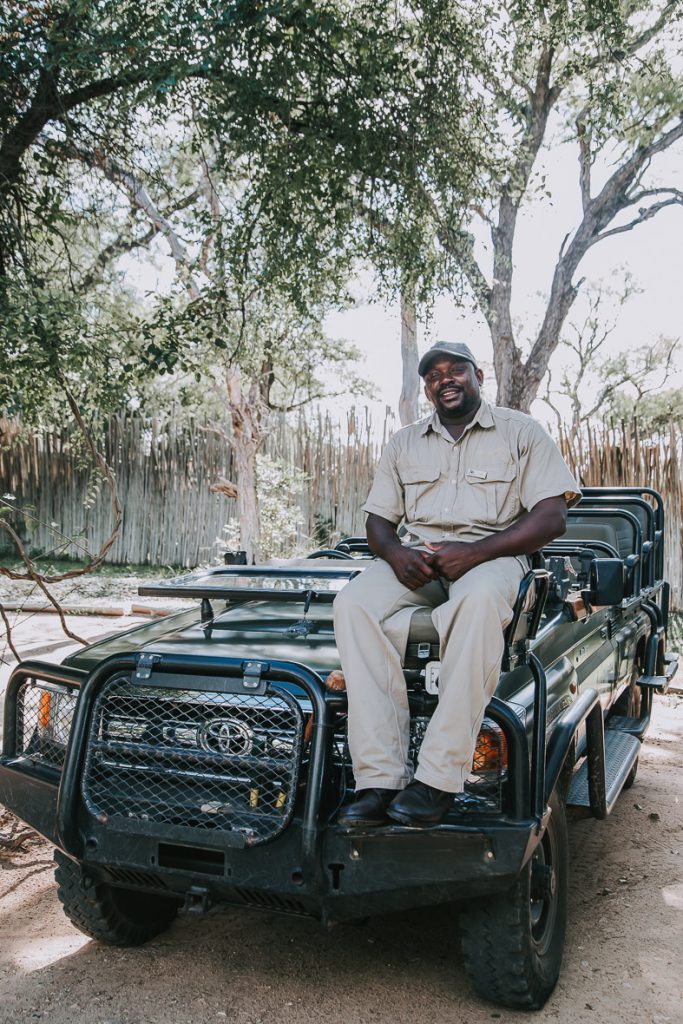 After many years as a tracker the next step for John is to become a guide. He had applied to FGASA to do his guide training at the beginning of the year, but sadly COVID-19 put a halt to that. However, John is resolute, and next year he is planning on resuming his studies so that he can move on up to becoming one of our best guides! 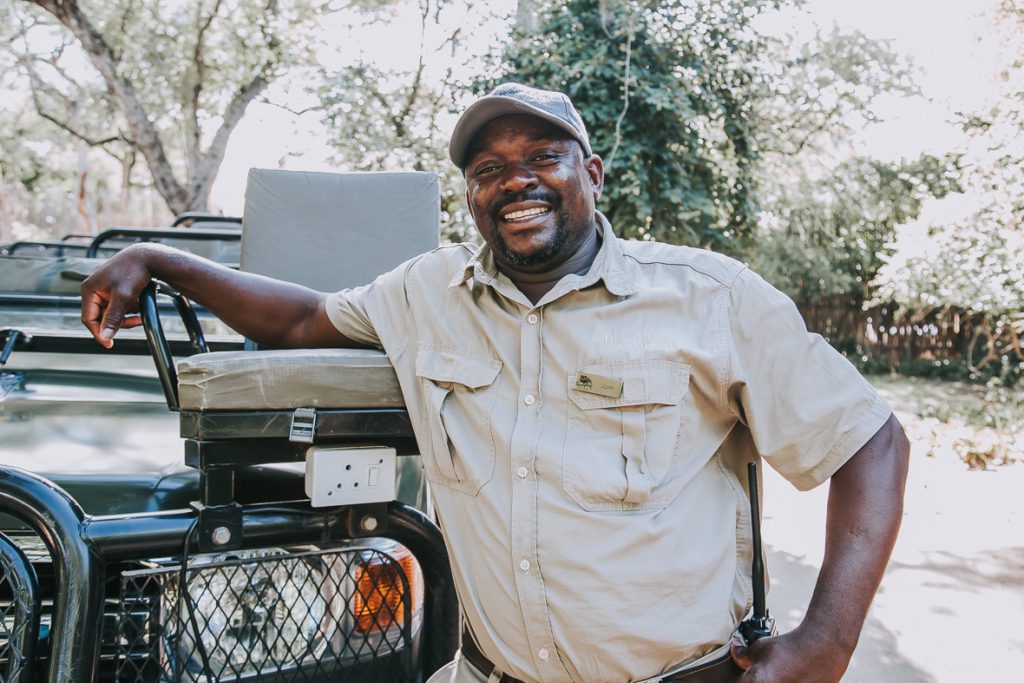