The Lion With One Eye

This large male lion, known as the Mapoza male, is often seen on the reserve and is easily recognised by his bluish-grey right eye. This milky eye is the result of a congenital glaucoma and nothing as gruesome as a badly executed hunt. He was more than likely born with this defect, but it has gotten progressively worse over time.

However, it has not stopped him from taking over new territories, conquering prides or being an extremely skilled hunter. This is the Mapoza story.

Let’s go back in time to around 2016, when the first recorded sighting of the Mapoza male lion was noted. Initially he was part of a coalition of two, they were first documented in the Klaserie Nature Reserve, and were thought to be around four or five years old at the time.

Young and fierce, they managed to take over the territory from three older, more experienced lions, known as the Trilogy coalition. Having been forced out of their usual territory, two of the Trilogy males then started to be seen regularly in the northern part of the Thornybush Nature Reserve.

These two boys took over the Monwana Pride but shortly after this, a deadly encounter with a buffalo left a lone Trilogy male to dominate. 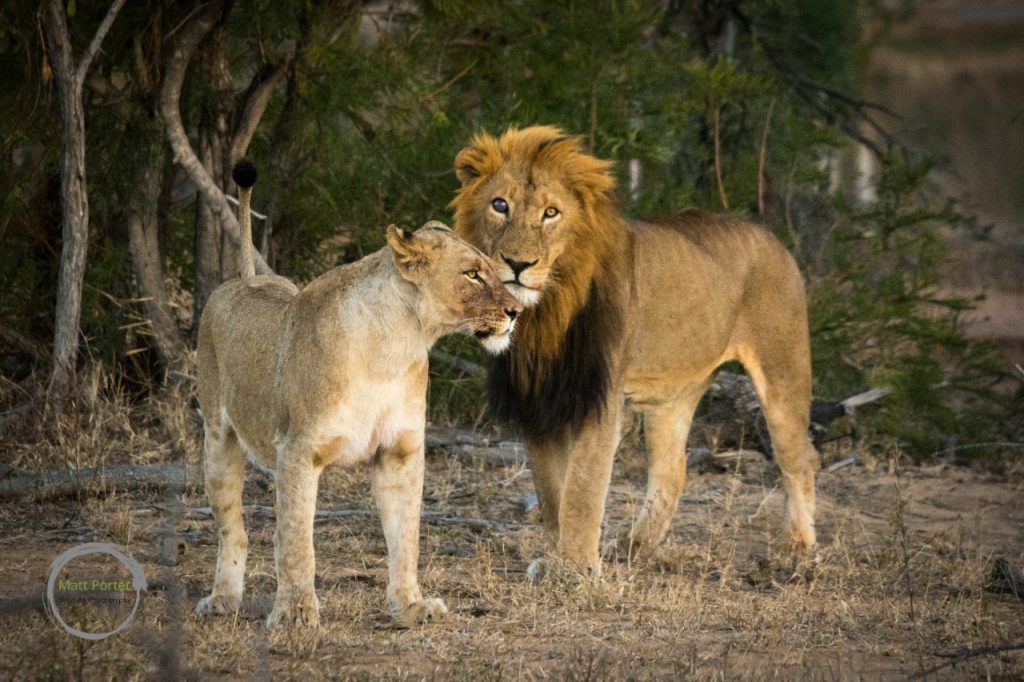 Having ousted the Trilogy males the two Mapoza males immediately asserted their dominance by mating with the females from the resident pride. Gaining experience and strength these males happily settled into the eastern part of the Klaserie for the following two years.

Then, in 2018 the two Ross males moved in and took over this territory from the Mapoza coalition. It was also at this time that the older of the two Mapoza males disappeared, it is thought that he too succumbed to his injuries after a treacherous buffalo hunt.

It was around this time that the guides on the Thornybush Reserve started to have regular sightings of the lone Mapoza male. Like clockwork he could be found patrolling the central and eastern sections of the reserve, marking territory and asserting himself.

At the end of 2018 the Mapoza male took over the Avoca Pride, a group of lions usually found on the eastern boundary between Thornybush and the Timbavati. Shortly after that he fathered six cubs within this pride.

By this stage the lone Trilogy male was getting older and weaker, even though he was still dominant in the northern section of the reserve, he had started to roam beyond his territory boundaries. It is believed that during one of these expeditions he encountered the Mapoza male, presumably they had an extremely aggressive fight for dominance. The Trilogy male sustained some serious wounds, which he eventually died from.

In late 2019 two new male lions appeared on Thornybush, they were known as the Xikukutsu males. Occasionally they were found with the Mapoza male, and as a trio these boys became more and more brazen, stretching their forays far into the northern sections of the reserve.

The Xikukutsu males are extremely powerful young lions and exceptionally good hunters, contrary to popular belief male lions are not lazy! It seems these bold lions have asserted their dominance in the north of Thornybush and are now unashamedly scouting the far reaches of the south.

Although the Mapoza male lion is occasionally seen with the two Xikukutsus he prefers to be on his own, remaining in the northern half of the reserve where he is assured of his dominance, for now. Recently he was found mating with two of the females from the Monwana pride, which means soon he will sire cubs, re-asserting his dominance and re-establishing his territory for the near future.

However, if there is one thing we have learnt from Mapoza’s story, it is that nothing is guaranteed in nature, and no male lion can remain dominant forever.

Come on safari with us, and see the fascinating dynamics that unfold within the different lion prides. 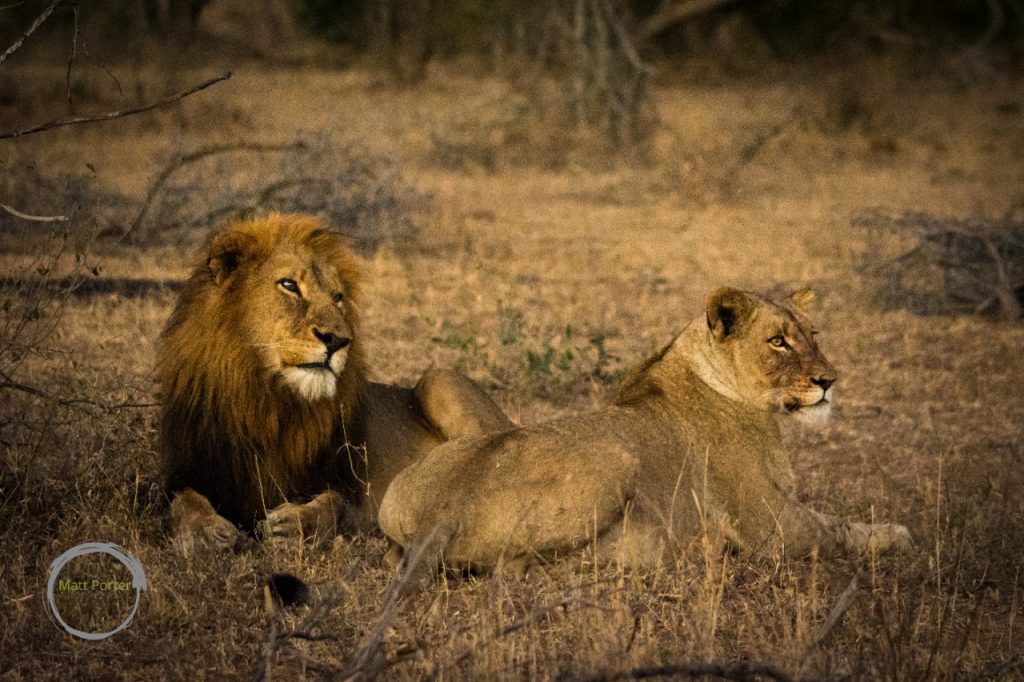 Daytime summer temperatures (September – April) are high and may soar above 36°C/97°F. Evenings and early mornings are warm. Winters (May – August) have chilly nights and crisp early mornings (minimum 3°C/38°F), but the days are fine and warm. Rainfall occurs predominantly in the summer months from October to April in the form of magnificent late afternoon/evening thundershowers.

Recently, some of the Thornybush guides were lucky

We are extremely proud to announce that Saseka Ten

We are extremely proud to announce that Thornybush

We are extremely proud to announce that Simbambili

It's official - you can now safely fly straight in