Mike Cowden is a name very well known in many safari guide circles! 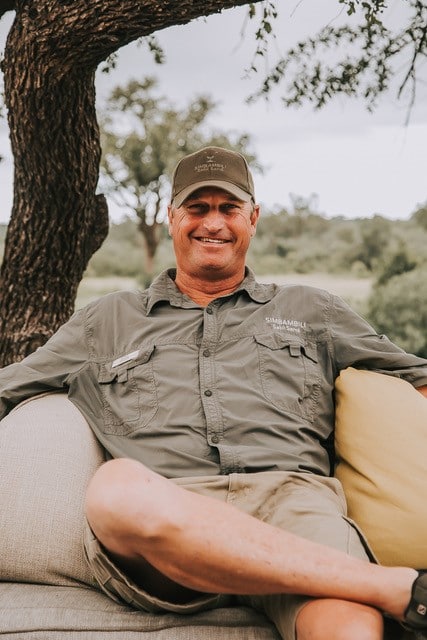 It is not uncommon for Mike to be repeatedly requested as the preferred field guide for numerous return guests to Simbambili Game Lodge either. Although he has become a favourite for many of our loyal visitors, not many know his story which we would love to share with you.

As a young boy like so many South Africans, Mike was crazy about the wild and the bush environment, and took every opportunity that life showed him, to leave the city where he was born and raised, and create a life in the bush.

A call from the wild

Mike’s career as a field guide started in 1989 at Londolozi in the southern parts of the Sabi Sand Game Reserve. It was here that he met Hugh Marshall and enrolled in a Guiding Course where he was one of only three participants that passed and went on to find an incredible opportunity doing a job he has not stopped loving since day one. When you meet Mike you’ll recognise his passion for the bush, and that’s exactly how he convinced his wife Tania, who was a teacher in Johannesburg at the time, that life in the bush was where they’d be happiest.

The magic of the safari hospitality industry called, and they both fell in love with their lifestyle working in a game reserve. Here they raised their two daughters, Daniella & Nicola, at what has become their very special home – Simbambili. Both girls were educated at a Nature-Based School, and although Daniella qualified as a Vet Nurse in 2018, they have both chosen to follow their parents’ example and are currently working and studying Hospitality Management. Clearly their parents’ love of what they do on a day-to-day basis has made lasting impressions on their daughters. 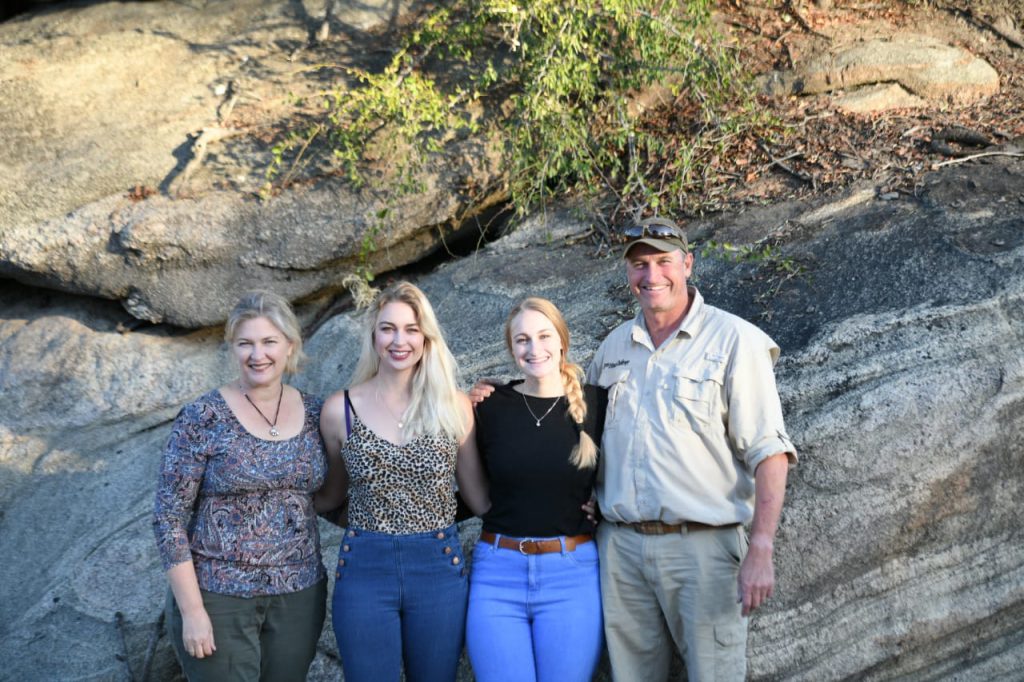 According to Mike, Simbambili Game Lodge is the perfect spot to live and work – he believes the lodge is small enough to create an intimate atmosphere in which he is able to connect well with the guests. 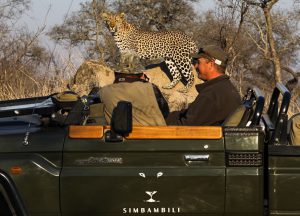 He is blown away on a daily basis by the incredible game viewing he gets to experience. Being located in a prime position in the Sabi Sand Game Reserve, Simbambili Game Lodge is the ideal place for him to live his dream life. Mike truly believes that the game viewing at Simbambili is the best in the world!

Many of the guests that have met Mike as their field guide, have left as friends, continue to support the lodge and thoroughly enjoyed their adventures out on game drive with Mike behind the wheel. Mike refers to his team at Simbambili as an extension of his own family, and he has found watching the members of his team grow and develop over the years as one of the many rewarding aspects of managing a lodge.

Passing on his passion

Mike’s knowledge and passion is far from kept to himself, passing on his passion has seen him involved in many initiatives. He was an integral part of getting the Bush Lore program up and running at a Nature-Based School in Hoedspruit (Southern Cross Schools), where he was responsible for instilling a passion for the environment in the learners. He was also responsible for educating all the learners from preschool to high school about the fauna and flora of the area as well as contributing positively to their appreciation of the balance of nature and their vital role in sustainable living.

As houseparents at the boarding school, Tania and himself also learnt how to handle some interesting situations that have helped them as parents to their own two daughters and being of support and encouragement to their team at Simbambili Game Lodge.

Mike believes that these opportunities in his career have enriched his environmental knowledge, made him a better field guide and contributed positively to his duties as a lodge manager. If you ask Mike if there are any special ingredients that make a great guide he’ll tell you that they are defined by his or her ability to impart knowledge with ease, showing excellent people skills and ensuring guests feel both safe and comfortable in any wildlife situation. 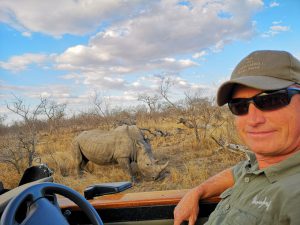 Mike’s idea of the perfect day would be an early start in the bush, guiding a small group of people on a long bush walk through the Sabi Sand Game Reserve. A few incredible bush encounters would be highlights, with an end to the day watching the sunset while dinner is prepared over coals, beneath a canopy of stars. Sharing stories around a fireplace is where you will find Mike wearing his heart on his sleeve and his passion becomes evident for all anyone to see.

Mike looks forward to meeting you at Simbambili Game Lodge so he can share his passion with you in person. 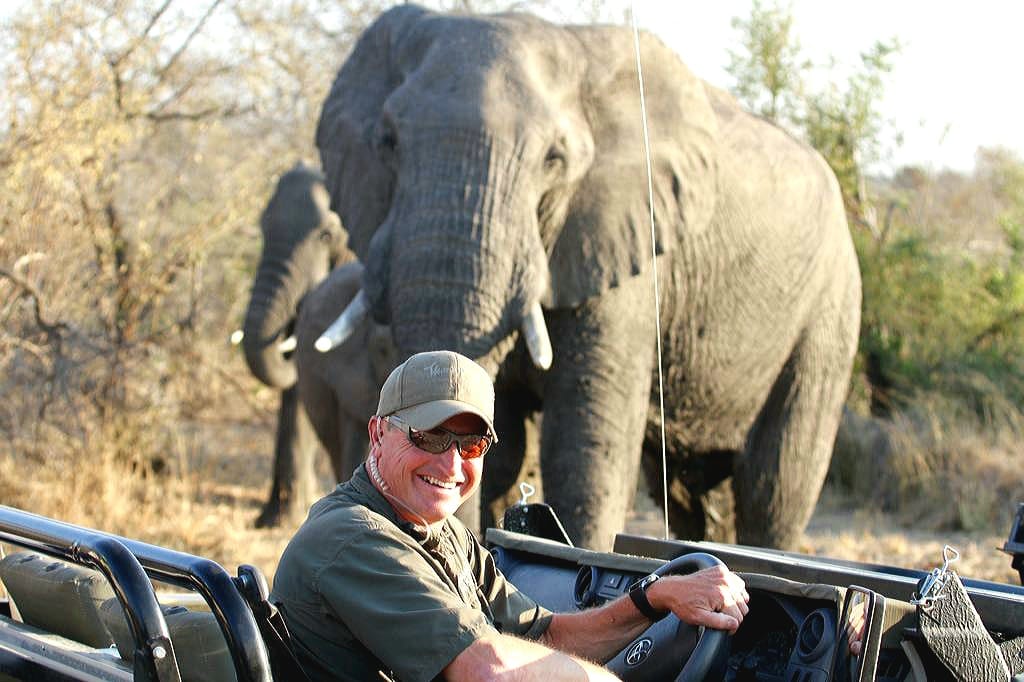