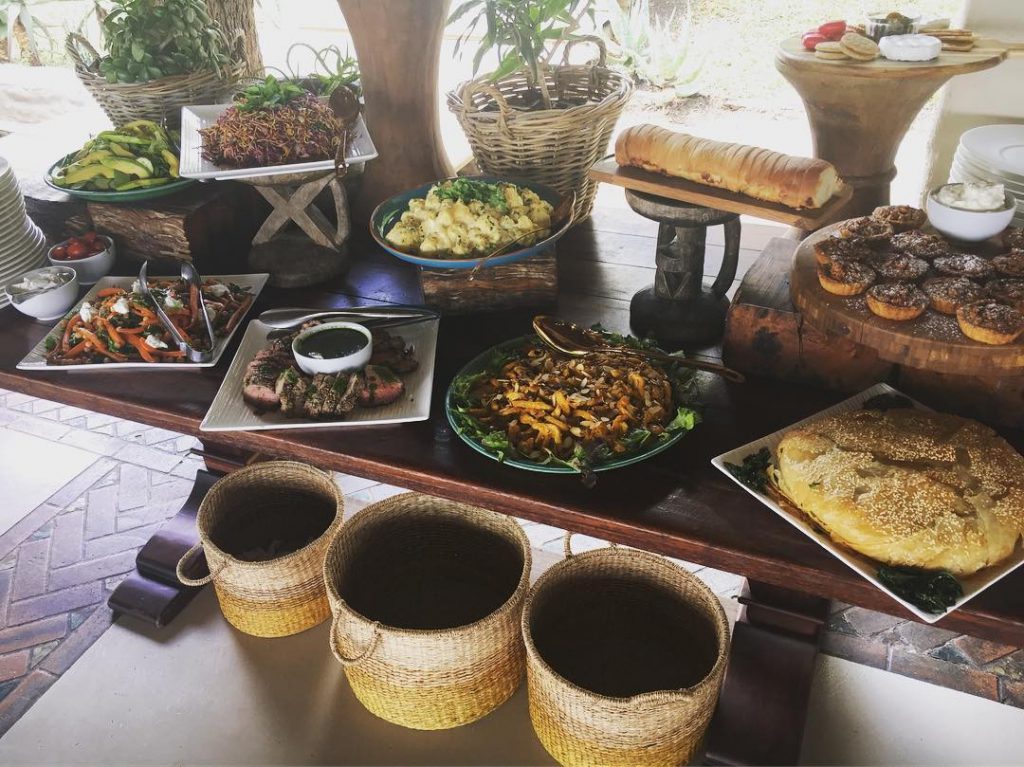 When you visit Thornybush during your South African safari, every day is special. As such, you deserve a great meal at the end of every day. What could be better than a succulent sirloin steak smothered in a tasty marinade and roasted to its tender best?

In South Africa sirloin steak is cut from the upper middle of the animal’s back; in America this cut of meat is referred to as short loin. Rump steak in South Africa is equivalent to American sirloin. It is a tender cut of meat and well-marbled with fat.

The word sirloin is derived from the Middle English word ‘surloine’ which in turn comes from the French word ‘sur’ and ‘longe’ which mean ‘above’ and ‘loin’ respectively.

According to an English myth, the name of this cut of meat hails from 1617. During a meal at Hoghton Tower, King James I of England was so impressed with his steak that he knighted it ‘Sir Loin’, and the name stuck. Perhaps you’ll feel the same way when you try this delicious dish courtesy of Chef Caroline from Chapungu Lodge.

Preheat the oven to 180 degrees

Place the potatoes in a large saucepan, cover with water and bring to a boil

Sauté onion and garlic in the butter until soft and translucent

To serve the potato, shape it into rounds using a ramekin or piping bag.

Alternatively, get in touch to book your South African safari at Chapungu Lodge and we’ll do all the prepping, roasting and serve it up for you while you relax and enjoy African bush life.